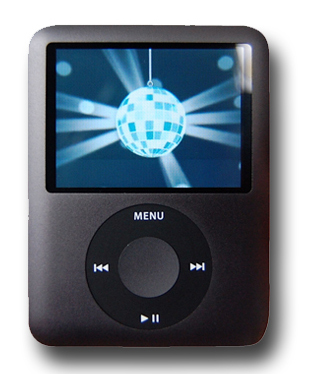 This iPod Nano 3rd Generation battery is soldered to the iPod motherboard. If you have basic soldering skills you will be able to replace this battery. It is not recommended, however, for anyone who is not confident of their ability to solder. Also the silver back of the Nano is thin and easily bent so it is important that you are confident in your dexterity before you attempt this battery replacement.

This iPod Nano 3rd Generation battery is for use with players such as the:

This iPod Nano 3rd Generation battery comes with a one year manufacturer's warranty.

The third generation iPod Nano featured a radical change of shape and size, becoming much shorter and wider. The screen was bigger: 2 inches. The colours were lighter and video playback was made possible. The colours were the same as the previous generation of iPod as was the battery life but memory ranged from 4Gb to 8Gb